Wet Your Whistle & Pucker Up 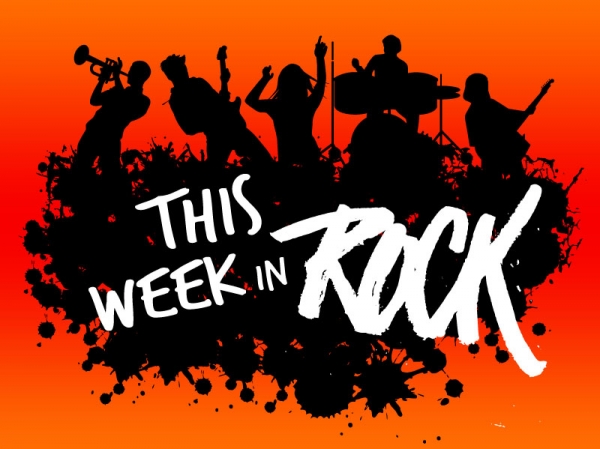 It's a new month, a new week, but the same old crappy weather. What gives?! No matter, there's lots of stuff to reminisce about from This Week in Rock. For instance, we learn Keith Richards can climb trees but not tie a tie, your private sex tapes can be made public, and Coke should've left well enough alone.

2008 - The Police were honored with the key to New York City, (and by The Police I mean the rock trio who were out on a reunion tour). I assume real New York City Police armed with proper warrants can get in to just about wherever they need to without the aid of keys.

2006 - The Rolling Stones had to call off their European tour after guitarist Keith Richards underwent surgery for a mild concussion. He had fallen out of a tree while on vacation in Fiji. Just a guess here but I wonder if someone said, "So Keith, a Stones' tour for you by now must be like falling off a log" and he decided to demonstrate. Oh Keef! Meanwile in 1964...

Those same Rolling Stones were refused lunch at a Bristol, England hotel where they were staying. Their crime? Not wearing jackets and ties. Oh Bristol!

1972 - John Lennon goes on the Dick Cavett show, claiming he was under FBI surveillance. It was probably for his vocal anti-war and pro-pot stances but again just wondering here, do you suppose the FBI wanted to be the first to know if the Fab Four were reuniting? I guess we'll never know.

1969 - Kris Kristofferson charted with "Me and Bobby McGee." Yes, he wrote it but Janis Joplin had the bigger hit with it. Sadly, she died before it hit big, making it the second posthumously released No. 1 single in U.S chart history. Do you know what song was the first? Read on and I'll tell ya.

1996 - A Los Angeles judge said "sorry" to Motley Crue drummer Tommy Lee and his then-wife Pamela Anderson who wanted to stop Penthouse magazine from publishing still photos from their legendary X-rated sex tape that was stolen from their home.

And now some other interesting dates and facts: Happy Birthday to Minnesota, our 32nd State, (1858); Montana's Glacier National Park, (1910); and the New York Mets, (1961). The name was short for the Metropolitans.

The end of World War Two in Europe, (1945), announced by then-President Harry S. Truman who gave US the good news on what was also his 61st birthday.

The invention of the syrup that gave Coca-Cola its flavor, (1886). A huge success! New Coke hits the store shelves, (1985). A huge  failure! Not even spokesperson Bill Cosby could make that stuff sell, (and he was hugely popular back then).

1984 - "Joanie" loved "Chachi" and they got married on ABC's Happy Days. The made-for-TV marriage lasted until the show was canceled.

And as they'd say in Hollywood, "That's a wrap! Strike the set." If you guessed that Otis Redding's "(Sittin' On) The Dock of the Bay" was the first posthumously released #1 single, give yourself a gold star for that right answer. And if you find yourself whistling that song the rest of the day, well...you'll have me to thank. Stay warm and well and keep rockin' this and every week with me and 97.5 WONE.