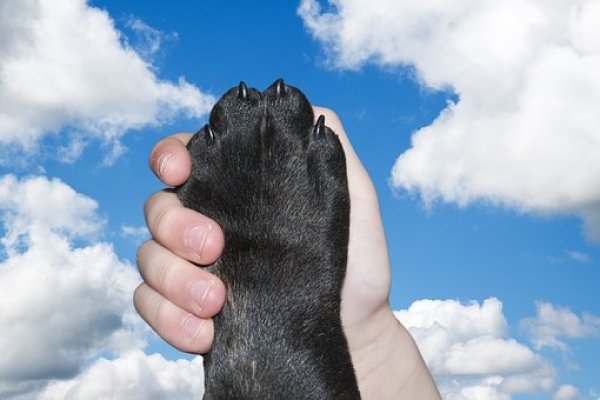 I found out that today is National Black Dog Day. Kinzbach & Co. told me so then they played "Black Dog" by Led Zeppelin, (but I don't think the day is set aside for that song, though). I knew right away what my blog was going to be about today; my two black dogs.

Scooby is a mix of Collie & Newfoundland breeds. Most Newfies weigh about 120 lbs but thankfully Scooby is about 40 lbs lighter. He's a very sweet old boy, as black as pitch and fluffy soft. We figure him to be about 11 years old. Then there's Coco, the Lab/Greyhound mix. She's as big as Scooby but about half his weight. We adopted her in 2016 and were told she was about 10-12 years old then! She was an owner surrender but we never heard the whole story. Perhaps the owner passed away and no one was able to care for her. She's been pretty spry up until just recently when she began showing signs of slowing down and more white was moving into her black coat.

We didn't set out to rescue two black dogs, it just worked out that way, (we even had a White Shep for a time), but statistics show that black dogs are often overlooked in shelters because they're virtually invisible. So if you're looking to rescue, look twice for the black beauties and always adopt - don't shop. 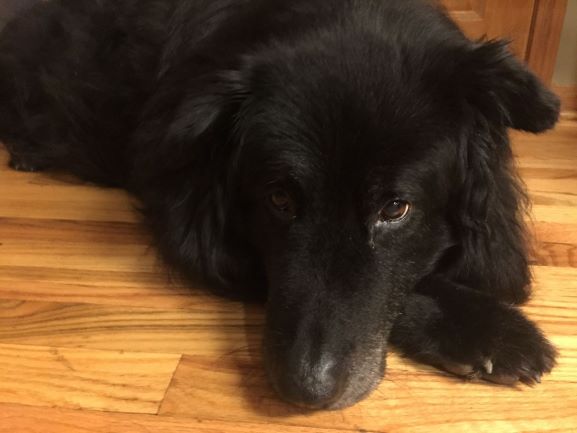 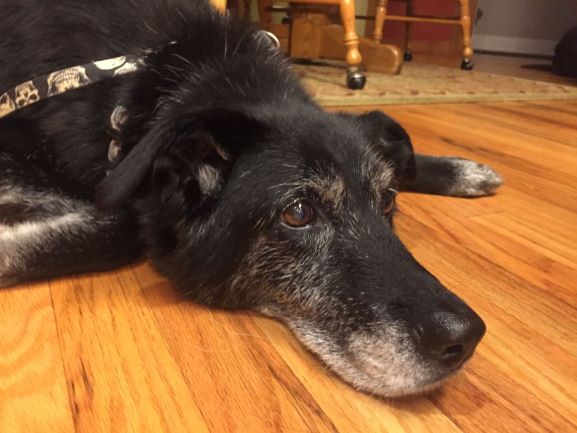