That Was a Scary Start! 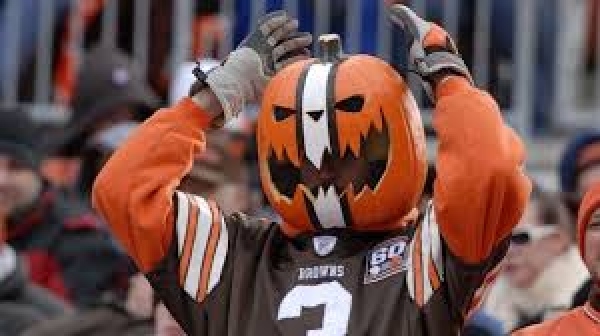 Like every fan, I was disappointed with the Browns' loss against the Titans on Sunday. To lose by that much before their hometown fans after the months-long build up...wow! Add to that the over 100 yards in penalties...sheesh! Post game comments referred to this game as the "fifth game" of pre-season. These weren't the starters, they looked like the guys auditioning for the first string. But I've got to go on record to say I was even more disappointed by the social media flaming they took. People are already likening them to the 0-16 team from the 2017 season. I understand the frustration but for Paul Brown's sake, this is only the first game of a long season. Many said Coach Kitchens was out-coached and perhaps he was but this was his debut as the HC in a real NFL game . I for one wondered why the front office didn't just give the job to Gregg Williams when he stepped in and took over for Hue Jackson in the middle of last season and seemed to make the team jel but they didn't ask my opinion. I think the fan base got way too excited when Baker began to come alive as a media darling. Then we signed OBJ to play along our already established greats such as Landry, Chubb, and Garrett. Everyone said a Super Bowl berth and victory was in the bag. Slow down, yo! It's a long season and I'm not giving up just yet. I will remain optimistic, albeit cautiously. I hope Coach Kitchens rights the wrongs before next weekend's game but once we get to mid season and if the L's number more than the W's, well...I may have to rewrite this.