The Beat Goes On At Progressive Field 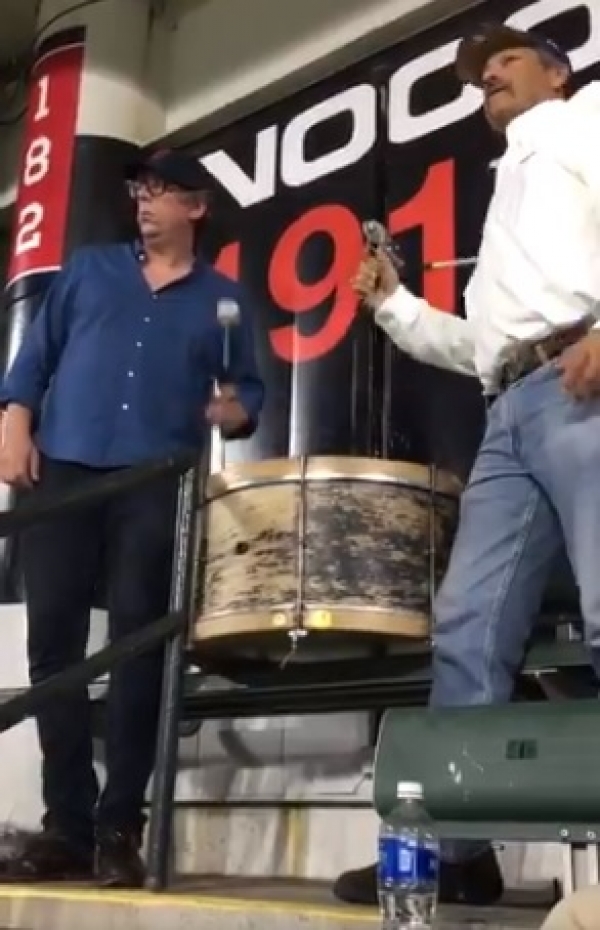 Part of the majesty of attending a Cleveland Indians game at Progressive Field is the melodic bass drum that eminates from atop the bleachers in left-center field.

The man behind that drum, of course, John Adams, who has been beating that drum at Tribe home games since the 1970's!

Unfortunately, the 2021 Indians season at the corner of Carnegie and Ontario will start out on a different beat. Much to the dismay of the ball club, Tribe fans, Clevelanders, and of course John himself, he is unable to attend this year's home opener on Monday, April 5th due to health issues.

With that announcement a few weeks ago, Indians fans, while excited about the start of the season, were saddened by the news and most were heading into the home opener with the wind already knocked out of their sails.

Well as of Friday morning, the mood around Northeast Ohio and the Cleveland Indians had already been lifted and spirits are running high once again with the announcement that Akron-native and founding member of the rock band "The Black Keys" Patrick Carney is stepping in for Adams!

It's not the first time Carney will beat the legendary Indians drum, as he and Adams actually collaborated during a game in 2019:

Thank you for having my family and I. The amount of joy we receive being fans of Baseball and the Indians isn’t something I can easily explain. #gotribe ❤️ https://t.co/OXsVuuSmWT

The Grammy-winning Carney will be affixed in Adams' spot right there at the top of those bleachers from the first pitch at 4:10 through the last out of Monday's opener against the Royals.

More in this category: « Clowney Feelin' Brownsy? One of the Largest and Loudest Concerts Ever! »
back to top