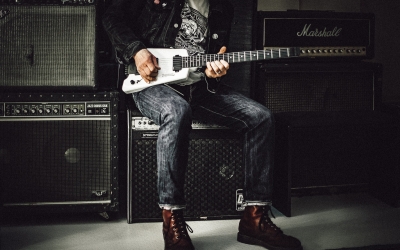 Stranger Things 4 has done so much good for the music world. Not only is Kate Bush enjoying huge success 30+ years later with "Running Up That Hill (A Deal with God)", but Metallica is rockin' into the consciousness of an entirely new generation. And we're here for it! "Master of Puppets" is back in the Billboard Top 40 thanks to the show. The band got together to do a TikTok of themselves dueting to the scene where Eddie plays "Master of Puppets" in the Upside Down.

Meanwhile, Joseph Quinn (who plays Eddie in S.T.) released a video of himself playing along to the Metallica track.